Lack of due process and Habeus Corpus. That is it in a nutshell. I am certain that many readers of this piece supported the Bush Administration policy of snatching people who were assumed to have terrorist ties and locking them up in Guantanamo. The American people were justifiably furious in the aftermath of the terrorist strikes on 9-11 and wanted justice. We trusted that the American government was going to find the terrorists and bring them to justice.

Now, twenty years later, we know that our Government lied to us. The majority of the men locked up in Guantanamo are not terrorists and certainly were not directly involved in the attacks planned and ordered by Osama Bin Laden. You can see one of those stories for yourself in the movie, The Mauritanian.

In September 2003, Couch was assigned to prepare the prosecution of Mohamedou Ould Slahi after he joined the Office of Military Commissions in August 2003. At that time, Slahi was seen as one of the most important detainees at Guantanamo with allegations that he had helped organise the 9/11 attacks. Couch, as a veteran of the navy’s SERE program, on a visit to Guantanamo in October 2003 by chance witnessed an interrogation of a detainee unrelated to his docket. The prisoner was chained to the floor, swaying back and forth, and blasted with heavy metal music and strobe lights. It reminded him of the SERE training he went through as a pilot. After being told by his escort that the procedure had been approved, it “started keeping me up at night … I couldn’t stop thinking about it.”[2]

Later he learned that Slahi had been subjected to even worse interrogation methods, including beatings, prolonged isolation, extreme cold temperatures, and threatened with death as well as the arrest of his mother. Slahi was eventually hallucinating. “For me, that was just, enough is enough. I had seen enough, I had heard enough, I had read enough. I said: ‘That’s it.” “When I heard that, I knew I gotta get off the fence,” “Here was somebody I felt was connected to 9/11, but in our zeal to get information, we had compromised our ability to prosecute him.”[2]

Inspired by the writings of Dietrich Bonhoeffer, a Protestant theologian who had been executed by the Nazis, and hearing the question if he would “respect the dignity of every human being” at a church service, Couch made the decision to refuse to prosecute.[2] In 2004, Couch withdrew from Slahi’s prosecution team because he believed he was asked to use evidence obtained through means of coercive interrogation that violated the Uniform Code of Military Justice, U.S. laws, and the United States’ treaty obligations.[4]

Now consider this list of American patriots (I’ve linked to the Gateway Pundit stories on each) who are being held without bond or being sanctioned for the mere act of entering the U.S. Capitol, which belongs to the citizens of the United States:

This is by no means a complete list of the patriots being persecuted (if you have new names, please forward to The Gateway Pundit). These American citizens are being denied their rights under the Constitution. They are vilified as “terrorists” and being treated, in some cases, as if they were an Al Qaeda sysmpathizer. We now live in an America where the Government needs only label you as a “terrorist” or an “insurrectionist” and can then invade your home, deny you bail and put you in solitary confinement.

The patriots who marched on the U.S. Capitol on January 6th are not terrorists nor are they insurrectionists. They are Americans rightly concerned about a stolen election. They killed no one. Notwithstanding media lies, they did not attack and beat the life out of the police. Little physical damage was done to the building. Yet, the damage that did occur is linked to persons with ties to BLM and Antifa.

The evil tools used against Mohamedou Ould Slahi are now being used against Americans for simply walking into the U.S. Capitol. Note the deafening silence from the Republican leaders, Senators and Congressmen. Cowards. They are not standing up for the Constitution. They are playing along with using police powers that normally are associated with the Gestapo or other secret police organizations.

The lawyers representing these patriots need to unit and demand that their clients be afforded their rights under the Constitution. I am shocked but pleased that Democrats Elizabeth Warren and Dick Durbin have spoken out in protest. But they are isolated voices.

Remember the names of this patriots. Speak them. Do not let them be forgotten. Mohamedou Ould Slahi waited fourteen years before he was finally freed with no charges ever being brought. If the U.S. Government can do it to Mohamedou they can and are doing it to you. All the Government needs do is claim you are a terrorist and toss you into the American Gulag. 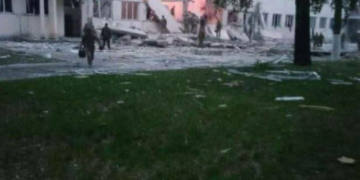 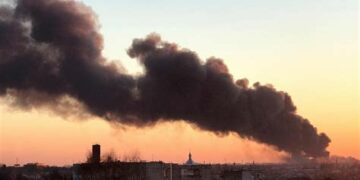