There is zero forensic evidence in the public arena that supports the US Government's assertion that the Russian Government hacked the DNC. In fact, the forensic computer evidence that is available indicates that the emails from the DNC were downloaded onto something like a thumb drive.

There also is zero forensic evidence in the public arena that the Russians passed/delivered the DNC emails to Julian Assange/Wikileaks. There are only two ways to get DNC emails into the hands of Wiki people–an electronic transfer or a physical/human transfer. That's it.

And here is what we know for certain. First, since Edward Snowden absconded with the NSA's family jewels with the help of Wikileaks, U.S. and British intelligence assets have been monitoring every single electronic communication to and from Wikileaks/Julian Assange. They also have been conducting surveillance on all personal contacts with Assange and other key members of the Wikileaks staff.

Given these facts you would think it would be easy for Robert Mueller to explain how the Russians got their hands on the DNC emails and then passed them on to Wikileaks. But it is not easy because the foundation of the case against the Russians rests on assumptions and beliefs. No solid facts.

To reiterate a point I have raised in previous posts, the only entity to have forensic access to the DNC computers, i.e. CrowdStrike, is on the record in the person of the CrowdStrike CEO, Dimitri Alperovitch admitting they don't know how the Russians got access.

CrowdStrike is not sure how the hackers got in. The firm suspects they may have targeted DNC employees with “spearphishing” emails. These are communications that appear legitimate — often made to look like they came from a colleague or someone trusted — but that contain links or attachments that when clicked on deploy malicious software that enables a hacker to gain access to a computer. “But we don’t have hard evidence,” Alperovitch said.

If CrowdStrike actually had conducted a legitimate forensic examination of the DNC server/servers then they absolutely would have had "hard evidence."

Then, 13 months later, we have FBI Director Jim Comey admitting that the FBI relied on CrowdStrike for its "evidence." Jim Comey testified to the House Intelligence Committee in March 2017 and stated the following:

“we never got direct access to the machines themselves. The DNC in the spring of 2016 hired a firm that ultimately shared with us their forensics from their review of the system."

Now take a look at a very significant reversal of the US Government's position in the case against Roger Stone. On 20 June 2019, US Attorney Jessie Liu filed a motion attempting to rebut the argument presented by Stone's attorneys that there was no supporting evidence for the claim that Russia hacked the DNC. Here are the key snippets from her filing:

As the government has argued (Doc. 122, at 6, 9, 14), Russia’s role in the DNC hack is not material to the eighteen findings of probable cause that Stone appears to be challenging. . . . The  government produced the CrowdStrike reports because the Indictment in this case referenced, as background, CrowdStrike’s statements about the DNC hack. Stone’s statement that the government has no other evidence is not only irrelevant to this proceeding but is also mistaken.

Yet, when you read the original indictment, Roger Stone was put in the cross hairs because he was allegedly communicating with Wikileaks/Julian Assange about the DNC emails. And those emails are identified in the indictment as "stolen." The Government is hoping to nail Stone on the charge of "lying" to Congress. Good luck with that.

It is a horrible irony that Stone is being persecuted with prosecution based on an even bigger lie–i.e., the Russians hacked the DNC. Russia did not hack the DNC. Let's hope that Stone's lawyers get a chance to demand the US Government put up the evidence or shut up. 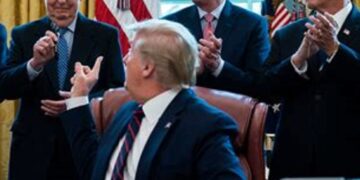 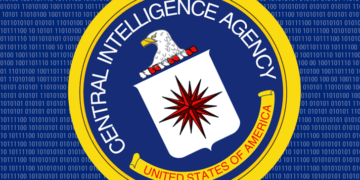 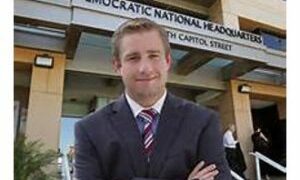