Donald Trump made his fame in the public arena by playing the tough boss on the Apprentice–he rewarded performance and fired those not measuring up. Yet Trump, until last Thursday, the day after his impeachment acquittal, failed to reprise this role during his first three years in office.

Understandably there has been quite a bit of frustration among the Trump tribe over Trump's apparent foot dragging in firing disloyal political appointees and declassifying documents that would expose the Deep State coup attempt. This frustration among Trump supporters extends to Attorney General Barr, who been accused of being asleep at the wheel despite having full authority to declassify and investigate the wrong doers. However, after watching the debacle surrounding the impeachment of Donald Trump, it should be clear to a reasonably objective observer that Donald Trump's hesitancy to pull the trigger and fire people was his sensible response to legal advisors who recognized how such actions could be used against him during the heat of impeachment.

Why? Just look at the howls of outrage over the Trump team last Friday, two days after Trump's acquittal, when he ordered Lt. Col. Alex Vindman and his twin brother, out of the White House and back to the Department of Defense. They were not "fired." They still hold their military rank. They were simply reassigned. Vindman, in my view, should have been courtmartialed for insubordination and conduct unbecoming an officer. He did not like Donald Trump's policy towards Ukraine. Too damn bad. He is not President. If he was so perturbed he should have resigned and then spoken out. But like any coward keen on maintaining his earning power, Vindman chose money over principle.

If Trump had done this prior to the end of the impeachment trial it would have been used a prima facie evidence that he was punishing alleged whistleblowers. And that charge in fact is now being bandied freely about. Think about the absurdity and audacity of these coup plotters–they tried to put Trump into a bureaucratic straight jacket and prevent him from wielding the power freely and routinely exercised by every single one of his predecessors. In the world of the coup plotters Trump has no right to remove or replace any Ambassador, Presidential Appointee or military officer.

That worm has now turned. Yes, the coup plotters will continue to scream and holler. But the President now is back at work like the Donald Trump of the Apprentice. He also removed Ambassador Sundland and the disgraced Ambassador Yovanovitch (who tried to sabotage Trump's policy in the Ukraine) resigned as a Foreign Service officer. Good.

And now rumors are circulating that disgraced FBI agents Strzok and McCabe will be arrested and charged this week. About time. Here again, if the Attorny General had signed off on any such arrests prior to the end of the impeachment proceedings the accusations of cover up and misconduct would have been flying. Now is the time for the accounting. Those who unlawfully and illegally interfered with the election of Donald Trump and his attempt to govern will now begin to face justice.

Let me suggest a likely scenario. Peter Strzok will be the first to flip. Unlike Andy McCabe or Jim Comey, he is not rolling in dough. McCabe and Comey have financial resources he does not.

Another bell weather will be the disposition of the Michael Flynn case. Up to this point the U.S. Attorney for the District of Columbia was Jessie Liu. She was never known for being a straight shooter. The evidence assembled by Michael Flynn's lawyer, Sidney Powell, and her filing to withdraw the General's criminal plea has set the stage for a major unraveling of the Deep State. If Judge Sullivan decides to hold an evidentiary hearing before rendering a decision on Ms. Powell's filing then we can expect to see Jim Comey and Andy McCabe called as witnesses. At that point the Government prosecutors are likely to withdraw the case because Comey and McCabe will end up admitting to the fabricated foundation of the charges against Flynn.

All of this takes place against the backdrop of the Democrats setting themselves on fire like Buddist monks in Vietnam during the worst days of the Vietnam War. The Iowa debacle exposed the Democrat establishment's continuing effort to derail Bernie Sander's candidacy. Sane Democrats understand that old Bernie will destroy the coalition that made Bill Clinton and Barack Obama's presidencies possible. There is no way the Democrats emerge from the primaries of the next three months more united and energized. The opposite will occur–fracture and emotional fatigue.

And Donald Trump? He now has no doubt about the nature of the threat he confronts from the Deep State and he understands how to fight. I think the man who made The Apprentice a success is likely to bring that magic to his campaign. Not good news for Democrats. 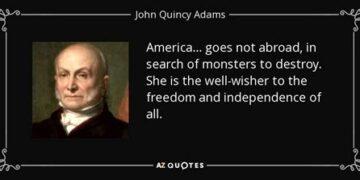