Robert Mueller is a fool and a liar. He is not worthy of being described as honorable. He is a disgrace to the Marine Corps.

The justice system in the United States is based on the principle that you are presumed innocent until proven guilty. The government and its prosecutors do not have the right to accuse someone of a crime or criminal behavior without providing proof and presenting that evidence in a public trial.

Remember the justifiable outrage that in the aftermath of Jim Comey's boneheaded press conference in July 2016, when he implied Hillary Clinton was guilty and then said there was no case to be brought. That was wrong. Today, Robert Mueller did the same damn thing. He had one job–gather evidence and indict or say nothing.

I have written extensively on the failings of the Mueller report. Hell, not just failings, complete dishonesty (see Glaring Omissions and Misrepresentations in Mueller's Report and The Malevolent Farce that is Mueller and the Russia Hoax). This is the behavior of a prosecutor from a third-world shithole. Certainly appears that the United States is headed in that direction. 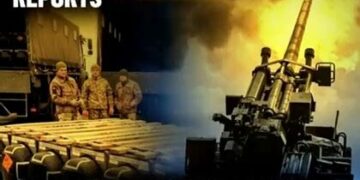