This just in–Flynn's crooked Prosecutor, who has lied to Judge Sullivan's court and withheld evidence from Michael Flynn, has withdrawn from the case. I do not know if Van Grack jumped or was pushed. It is possible that he is stepping down after being told he needed to drop the case. Or, maybe he is smart enough to realize he faces potential criminal penalties for his illegal actions taken against Michael Flynn.

Here is his letter: 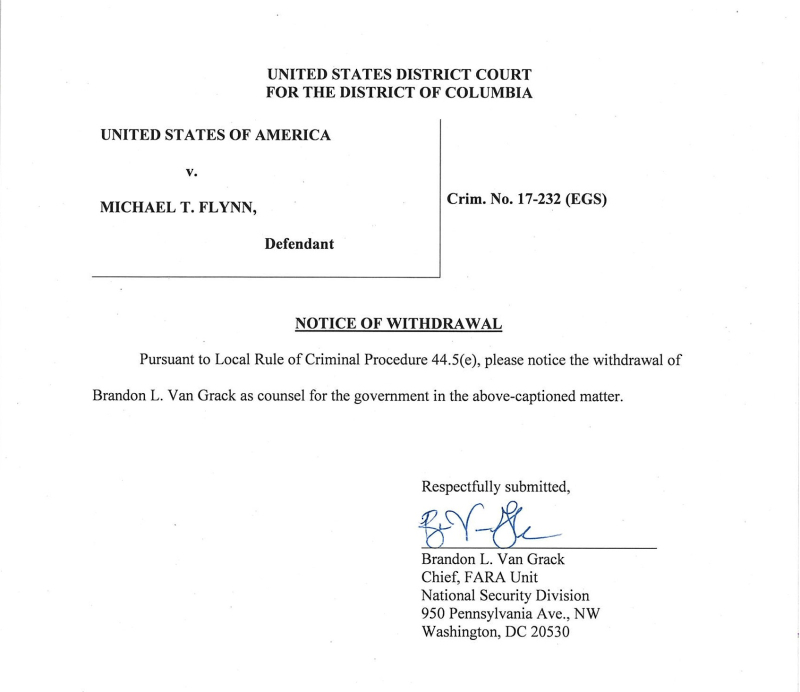 This is very good news for Michael Flynn and certainly reflects a growing recognition among the Mueller co-conspirators that the gig is up. They have been caught and Bill Barr is ensuring that their mendacity and criminality will be fully exposed.