Last week (September 17, 2020) the investigators for US Attorney for the Eastern District, Jeffrey B. Jensen, who is conducting an ongoing review of the FBI investigation that led to charges in this case of General Michael Flynn, interviewed FBI Special Agent William Barnett, who handled the counterintelligence investigation of Mr. Flynn, and was subsequently assigned to the Special Counsel’s Office investigating Russian interference in the 2016 Presidential Election. Barnett’s testimony is devastating for Jim Comey, Andy McCabe and Peter Strzok and a host of other FBI collaborators keen on destroying Donald Trump.

Barnett’s testimony is succinct. Here are the key snippets from his sworn testimony:

After being involved in the investigation for six weeks, BARNETT was still unsure of the basis of the investigation concerning Russia and the Trump Campaign working together, without a specific criminal allegation.

BARNETT still did not see any evidence of collusion between the TRUMP Campaign and the Russian Government. . . .BARNETT believed the investigation was a check the box exercise, making sure all bases were covered, before the case was closed. BARNETT did not think the RAZOR investigation was leading or headed toward prosecution.

The information obtained through the NSLs did not change BARNETT’s mind that FLYNN was not working with the Russian government.

BARNETT said the “get TRUMP” attitude was exhibited in two ways. BARNETT referred to incidents involving TRUMP which were taken in the most negative manner, or in some cases misinterpreted.

BARNETT said numerous attempts were made to obtain evidence that TRUMP directed FLYNN concerning [contact with Russia] with no such evidence being obtained. BARNETT said it was just an assumption, just “astro projection,” and the “ground just kept being retreaded.”

It is clear that Barnett’s testimony represents a damning piece of evidence to support the case that senior FBI Officials, including Comey, McCabe and Strzok, conspired and abused power in a futile effort to indict Donald Trump for a non-existent conspiracy with Russia. The release of this information is a clear signal that Attorney General Barr is good for his word to get to the bottom of this travesty. Kudos to Special Agent Barnett–he kept his honor intact.

**NSL is the acronym for National Security Letters.  A national security letter (NSL) is an administrative subpoena issued by the United States government to gather information for national security purposes. NSLs do not require prior approval from a judge. The Stored Communications Act, Fair Credit Reporting Act, and Right to Financial Privacy Act authorize the United States government to seek such information that is “relevant” to authorized national security investigations. By law, NSLs can request only non-content information, for example, transactional records and phone numbers dialed, but never the content of telephone calls or e-mails.[1] 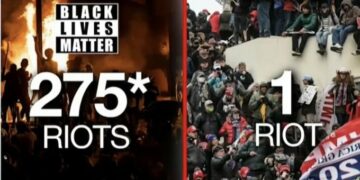 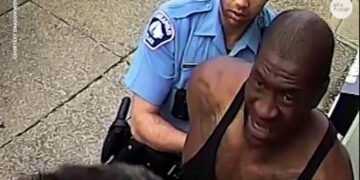